Historically, the best forecasters have been able to consistently recognize we are in a recession once we’re in one. To preemptively determine its onset has riddled economists for decades. NAR’s Chief Economist Lawrence Yun called a recession in August when he said, “In terms of economic impact, we are surely in a housing recession.” A housing recession, what does that mean and why are we afraid of it?

A recession, as defined by Oxford, is a period of temporary economic decline during which trade and industrial activity are reduced, generally identified by a fall in GDP in two successive quarters. This definition has been further clarified by the National Bureau of Economic Research as a significant decline in economic activity that is spread across the economy and lasts more than a few months in depth, diffusion, and duration.

Other data points from August in this month’s DMAR Market Trends Report confirm our slowing housing market. Active listings, while almost double last year, have started their seasonal downward slope towards December by dropping 5.7% month-over-month. New Listings peaked a few months early this year and dropped another 18.5% this month. Median and Average home prices have also seen a steady slowdown from well over 20% earlier this year to a 6.8% average and 8.5% median year-over-year increase in August. Days in the MLS grew from 6 median days to 11 and Close-to-List dropped to 99.41%. There is no denying it’s a slowing housing market. Is it recessionary?

I’m reminded of the pirate ship at Six Flags, one of my favorite rides as a kid. You’d swing as high as you could, feeling your stomach up in your throat, only to come down and hit the opposite side just as hard until it slowed and returned to the center. These last two years have been that: a wild, unsustainable ride leaving us today with that sinking feeling.

Year-to-date new listings and home sales are behind 2018 and 2019 by approximately 8%, showing that both sellers and buyers are moving slower, not because of the pandemic frenzy, but also pre-pandemic seasonality. The slowing has come primarily from the rapid rise in mortgage interest rates, increasing the monthly cost to purchase. August saw more than its share of volatility. We started the month celebrating 4.99% only to see Jackson Hole’s meeting rattle the markets, pushing the 10-year treasury yield up to 3.25% and the 30-year mortgage rate to 5.99%.

This slowdown, while not over, will probably not be long lasting.

Fed Chair Jerome Powell noted, on several occasions during his 8-minute speech, the pain that would come for both households and businesses, claiming it as the unfortunate cost of reducing inflation. Inflation, many would say, went uncontrolled for too long while consumers couldn’t consume fast enough at the artificially held low interest rates. Think of a child you fed Tootsie Rolls to for over an hour to keep quiet during your very important meeting. How justified is the pain that ensues as that child works his way off the sugar rush? Justified or not, inflation must be tamed, and it will cause pain. But that pain is relative to the specific household and specific industry.

Here in the Denver real estate market, there was 6,939 homes for sale on August 31st, double 2021, 25% more than 2020 and still 25% less than 2019. Inventory is still historically low for the cyclical demand Denver sees, evidenced by 1.6 months of inventory. Nationally, inventory has not even recovered to 2020 levels yet. This low inventory will wane as the year finishes, entering 2023 with another opportunity for bidding wars and pricing pressure. For that to happen, however, we will need to see interest rates settle and start to drop as the economy does slow into its recessionary period.

So far, the economy is holding on with manufacturing still expansionary. Consumer spending still up .1%, 315k jobs having been created, low unemployment  at 3.7% with 11.2 million job openings and jobless claims holding low. ADP’s August Employment Report also showed pay increased for those who stayed on their job nationwide by 7.6% and up 16.1% for those getting new jobs. Consumer Sentiment even increased this month by 13% due to a 59% surge in the year-ahead outlook for the economy. Consumers are feeling good about inflation getting tamed, jobs secured and a quick economic recovery.

All this to come back to defining a housing recession.

Lawrence Yun said it best. “It is a difficult market for those selling homes and for homebuilders, but homeowners continue to accumulate housing wealth from rising home prices.” I will concede to a definition of a housing recession by a slowing sales cycle. But with builders not building, homeowners locked into rates not likely to see again, and Baby Boomers aging in place, inventory will not right size for a very long time, if ever. This lack of inventory will keep home prices increasing. Over $27 trillion in homeowner equity will keep homeowners from having to sell at a loss. Wage increases will keep buyers able to purchase. And right now, while interest rates are high and buyers are scared, first time home buyers have an opportunity to negotiate their way into homeownership.

I am blessed to work with hundreds of clients every month who are looking for financial stability, hope and prosperity. This can be achieved through real estate. Homeowners today are not in a recession.

Until next time, It’s my pleasure to keep you updated.

Until next time, that’s a wrap for this month’s Market Trends update. It’s my pleasure to keep you updated, 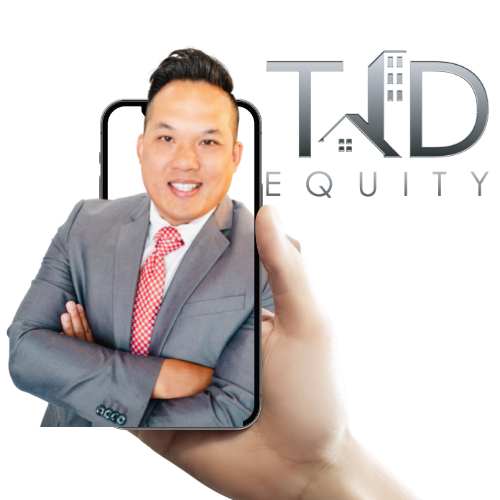 There are many reasons why I enjoy helping people with their real estate needs. First and foremost is the deep satisfaction I get from helping them realize their dreams and get through the major trans....

Home Improvements That Can Reduce Insurance RatesThere are many reasons to make upgrades to your home, and some of these can even have the added benefit of reducing the annual cost of your home

Security PSA: Don’t Click on that Random TextHave you received a "too good to be true" text from Amazon? Or Walmart? Or Home Depot? These are scammers phishing for information, and the

How to Buy a House Without Ever Seeing It in Person

Yes, you can buy a house without setting foot inside—as long as your realtor addresses these details.Illustration: Julia Abbonizio/Getty ImagesHow to Buy a House Without Ever Seeing It in

September Market Trends ReportHomeowners are NOT in a RecessionHistorically, the best forecasters have been able to consistently recognize we are in a recession once we’re in one. To

By registering, you agree to our terms of use and that real estate professionals from Equity New Mexico Real Estate and lenders may call/text you about your inquiry, which may involve use of automated means and prerecorded/artificial voices. Message frequency varies. Text HELP for help or STOP to cancel. You don't need to consent as a condition of buying any property, goods or services. Messages/data rates may apply. Additional information about data use is in our privacy policy.